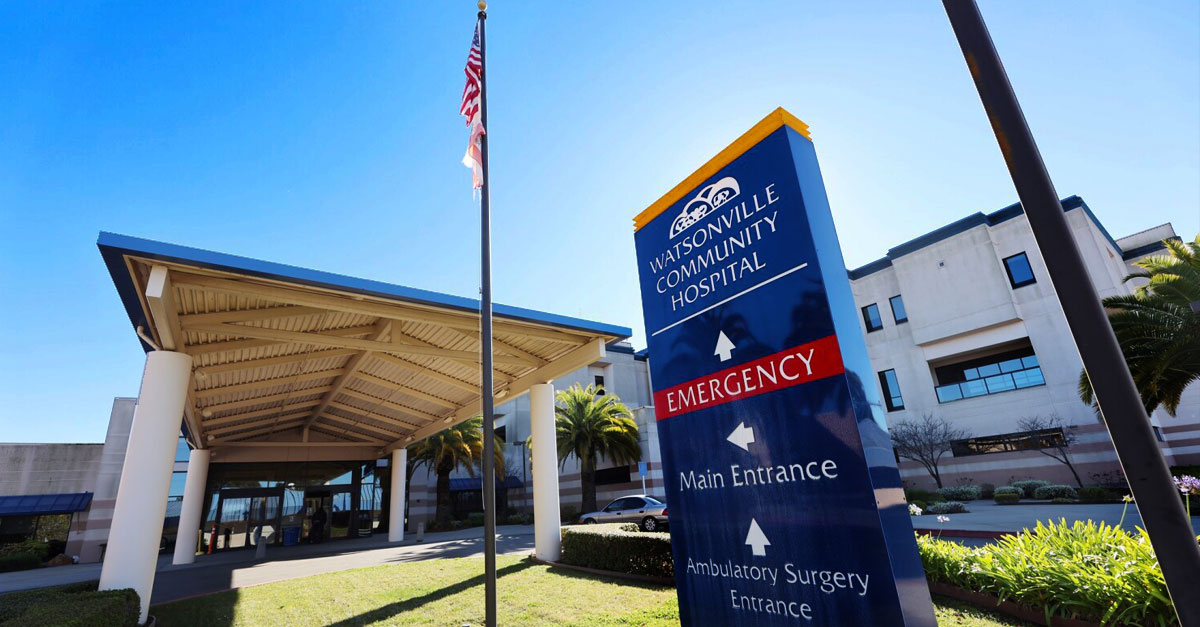 IRVINE, Calif. – Sept. 15, 2022 – Force 10 Partners have successfully sold Watsonville Community Hospital and its Plan became effective on Sept. 9, 2022, helping secure a fresh start for the hospital as a not-for-profit facility under the ownership of the newly formed Pajaro Valley Health Care District. Ownership of the hospital transitioned to the district on Sept. 1, 2022, following an eight-month-long community fundraising campaign that raised more than $65 million, including a $25 million allocation from the state of California, toward the acquisition and ongoing operation of the hospital.

“The Force 10 team is excited to have successfully sold the Watsonville Community Hospital and confirmed its Plan. Working with the other professionals and the hospital we have saved over 650 jobs and preserved a critical resource for the County of Santa Cruz,” said Force 10 partner Jeremy Rosenthal. “We are proud that our efforts helped save the hospital and that we were able to navigate the debtors to the effective date of their plan. We look forward to seeing how the community builds upon this opportunity to provide quality health care into the future.”

The hospital has been struggling financially for many years and was on the verge of shutting down when Rosenthal was appointed Chief Restructuring Officer in September 2021. Rosenthal and the Force 10 team, led by partner Nicholas Rubin and including managing director Renee Albarano, were engaged to provide financial and operational support and expertise to the hospital.

Through their efforts, Rosenthal and the Force 10 team were able to stabilize the hospital’s financial and operational challenges and lead the Chapter 11 bankruptcy process. Rosenthal successfully negotiated the debtor-in-possession financing and the sale to the district that enabled the hospital to remain open and continue providing much-needed health care services to its underserved community throughout the Chapter 11 process.

On Feb. 23, 2022, Judge M. Elaine Hammond of the United States Bankruptcy Court, Northern District of California, San Jose Division, (Case No. 21-51477 (MEH)), approved the sale of the hospital for $34 million plus assumed liabilities to the district. The plan became effective on Sept. 9, 2022, and resolves approximately $100 million in liabilities.

“Jeremy Rosenthal, as a fiduciary for the hospital, and the Force 10 financial advisory team led by Nicholas Rubin made the successful sale possible. The significant resources they brought to the hospital meant everything over the past year—preserving the hospital and making it possible for the community to purchase it,” said Cecilia Montalvo, Consulting Director of the Pajaro Valley Healthcare District Project.

“Jeremy Rosenthal and Force 10 were a huge part of setting the foundation for success. Force 10 is a key pillar standing up the success of this hospital,” said Mimi Hall, former Santa Cruz County Health Services Agency Director.

“Force 10 helped us navigate our challenging restructuring and sale. They stood by us every step and provided the financial, operational and restructuring support for us to operate this critical hospital,” said Steven Salyer, CEO of Watsonville Community Hospital.

“Force 10 is grateful to have had this opportunity to work closely with Pachulski Stang, Perkins Coie, and Sills Cummis to achieve what many thought would be impossible: preserving this historic hospital for the communities in Santa Cruz and Monterey Counties that rely upon its services,” said Rosenthal. “In addition to the professionals, the hospital management team led by Steven Salyer did an excellent job. The executive team stood by the hospital and helped drive its success.”